There’s some programming strategies to try and eliminate named pipe squatting including passing the FILE_FLAG_FIRST_PIPE_INSTANCE flag to CreatedNamedPipe which will cause an error if the pipe already exists as well as appropriate configuration of the pipe’s security descriptor. A recent addition to Windows is named pipe secure prefixes, which make it easier to develop a named pipe server which isn’t vulnerable to squatting. Unfortunately I can’t find any official documentation on these prefixes or how you use them. Prefixes seem to be mentioned briefly in Windows Internals, but it doesn’t go into any detail about what they are or why they work. So this blog is an effort to remedy that lack of documentation.

First let’s start with how named pipes are named. Named pipes are exposed by the Named Pipe File System (NPFS) driver, which creates the \Device\NamedPipe device object. When you create a new named pipe instance you call CreateNamedPipe (really NtCreateNamedPipeFile under the hood) with the full path to the pipe to create. It’s typically to see this in the form \\.\pipe\PipeName where PipeName is the name you want to assign. At the native API level this path is converted to \??\pipe\PipeName; \??\pipe is a symbolic link which ultimately resolves this path to \Device\NamedPipe\PipeName.

Even though \Device\NamedPipe is a file system, NPFS doesn’t support directories other than the root. If you list the contents of the named pipe root directory you’ll notice that some of the names pipes have backslashes in the name, however NPFS just treats them as names as shown below. 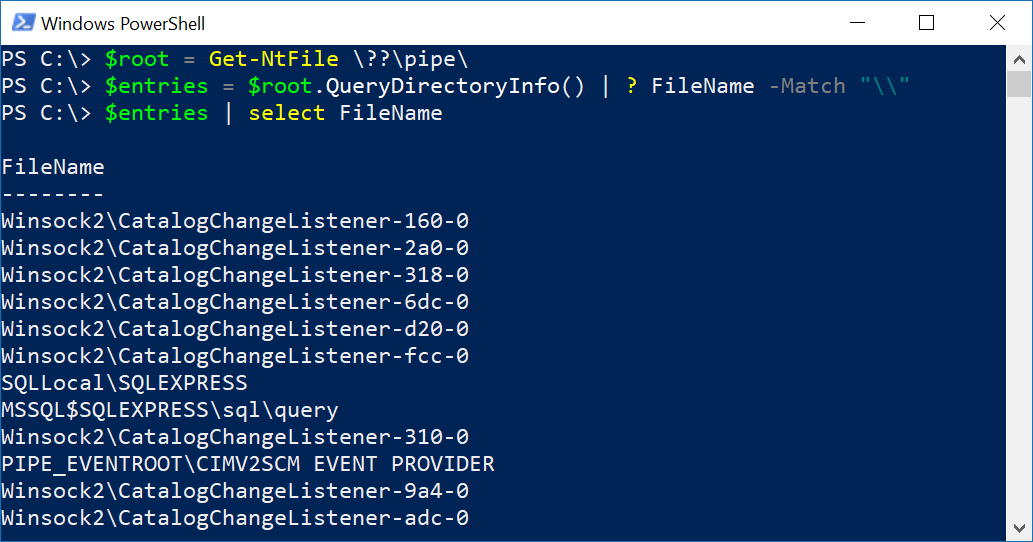 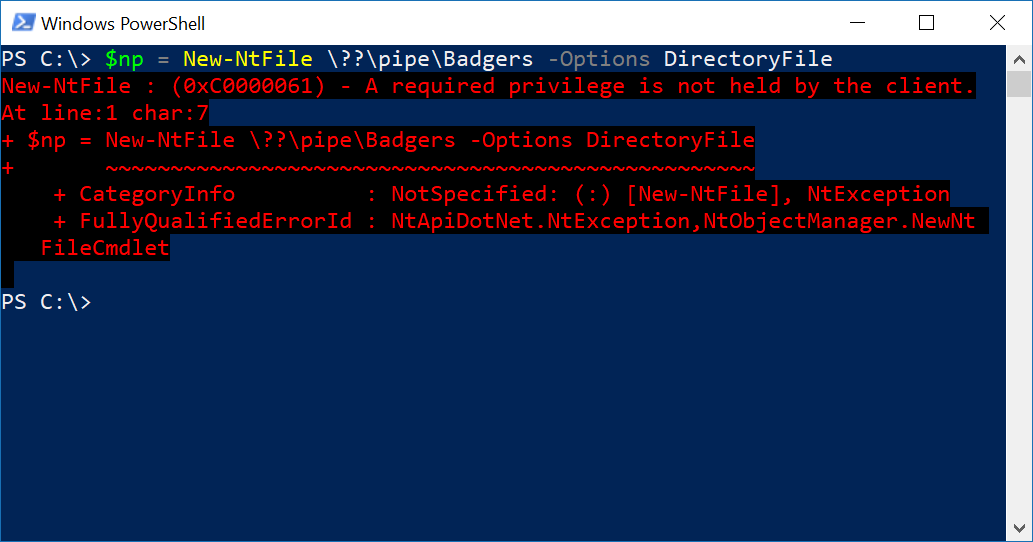 So that’s awkward, TCB privilege is only granted to SYSTEM users, not even to administrators. While as an administrator it’s not that hard to get a SYSTEM token the same can’t be said of LocalService or NetworkService accounts. At least let’s check if impersonating SYSTEM with TCB privilege will work to create a prefix: 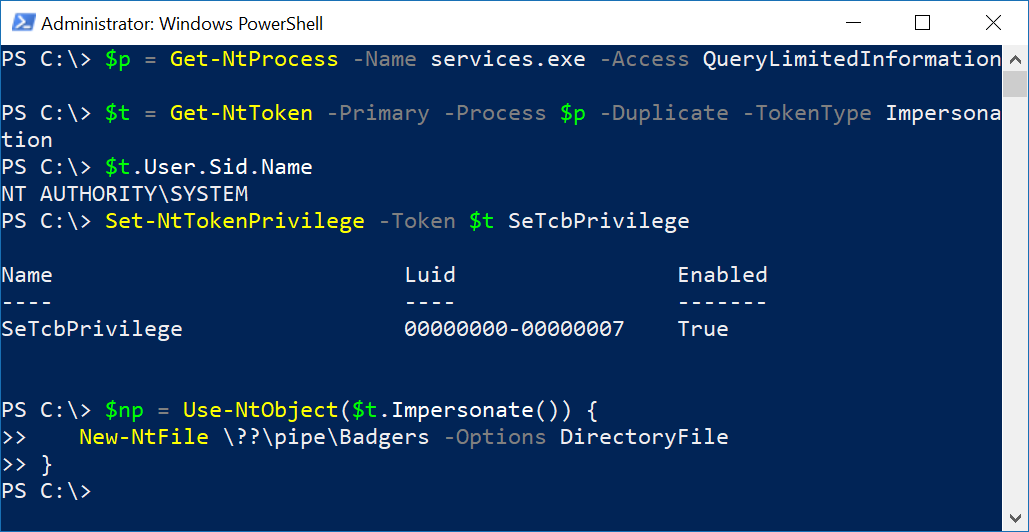 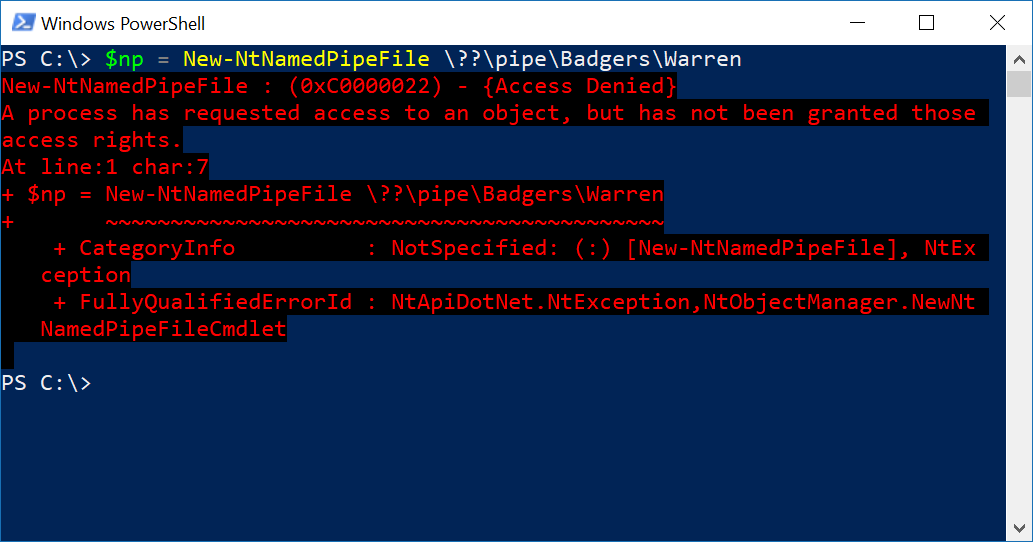 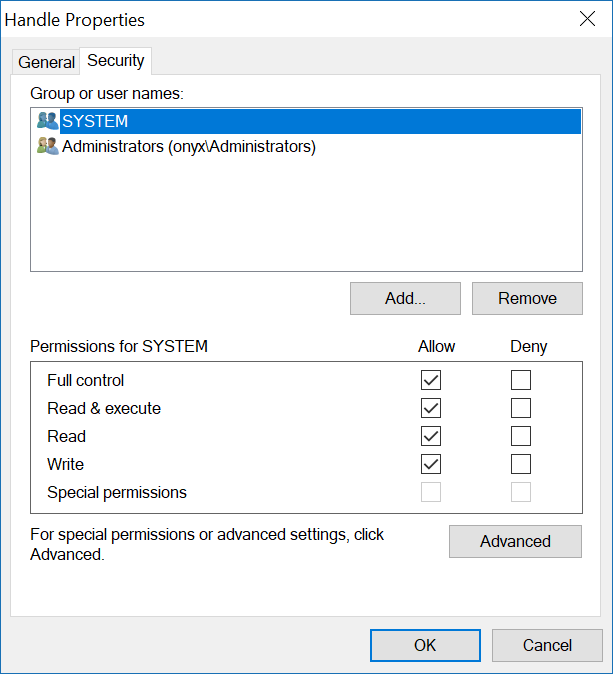 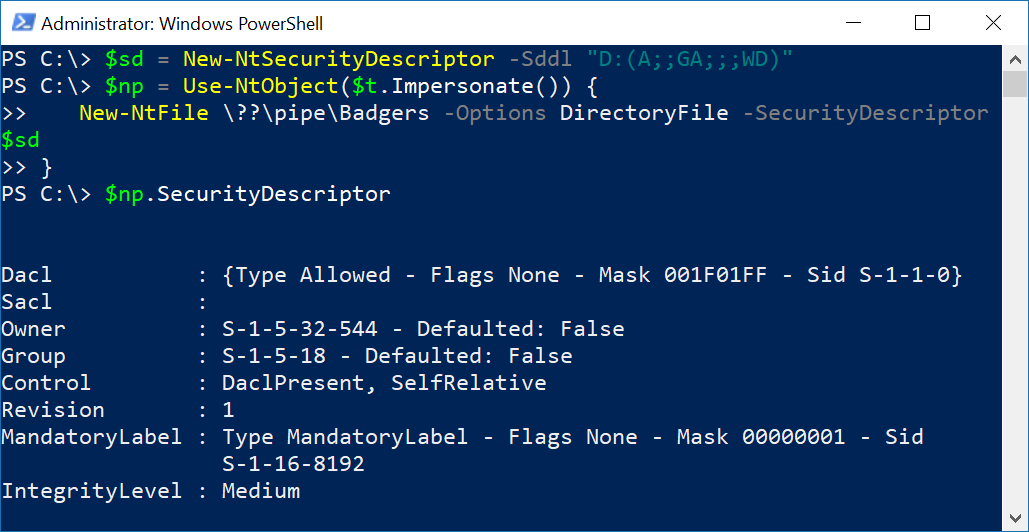 As said it’s a pain that you need TCB privilege to create new secure prefixes especially for non-administrator service accounts. Has the system created any prefixes already? There’s nothing obvious in NPFS. After a bit of investigation the Session Manager process (SMSS) creates a number of known prefixes in the function SmpCreateProtectedPrefixes. For example SMSS creates the following prefixes:

Each of these prefixes have a DACL based on their name, e.g. LocalService has a DACL which only allows the LocalService user to create named pipes under that prefix. 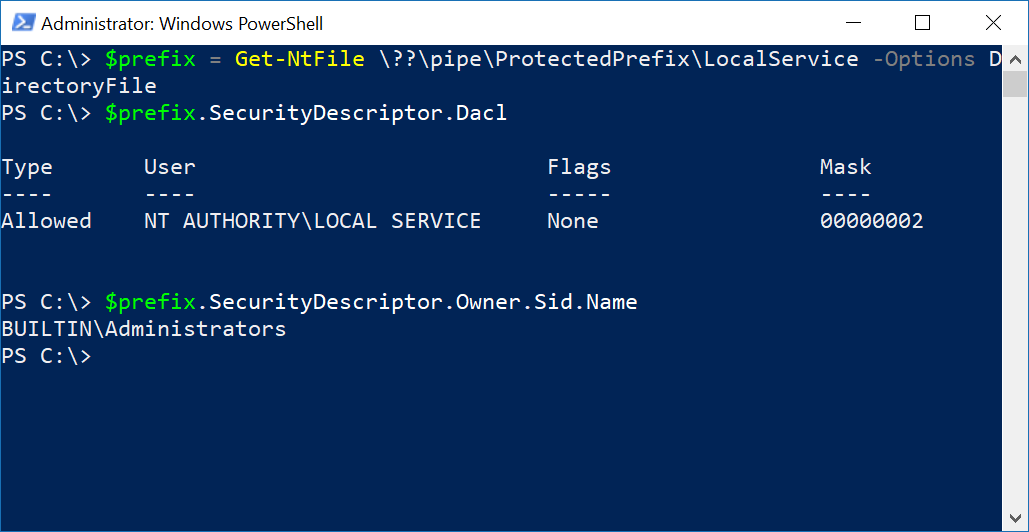